Acting and acting styles of the following actors will be discussed for this blog post.

I classify Benedict Cumberbatch, with regard to the movie The Imitation Game (2014) as an impersonator. Actors who fall under this class are defined as “actors who copy the manner, dialect, and behavior of a character, instead of creating the character” (Goodykoontz and Jacobs, 2014,  Sect. 5.5, para. 1). I classify them as impersonators because they did not have to create their characters because their characters were real people in history. They simply had to copy their manners, dialect and behaviors. I think that Benedict Cumberbatch did an excellent job of portraying the anti-social personality of Alan Turing. The scene below portrays this best and is called “Lunch”.

Keira Knightley and Matthew Goode I would classify as character actors. When an actor is classified as a character actor it means the actor is “…able to fit invisibly into a wide variety of disparate characters, adapting to the needs of each script and director they work with (Goodykoontz and Jacobs, 2014, Sect. 5.5,  para. 8) I classify them as character actors because this film is a drama not a documentary. So, they each had to follow the script with regard to their characters and did not impersonate them. For the character of Joan Clarke this has an impact on her place in history with regard to feminism. It is not brought to light that she was paid less than the men she was working with and doing the same exact work with. For the character of Hugh Alexander this has an impact on his character because we do not see that he was the organizational person of the group as Turning had no interest in it. 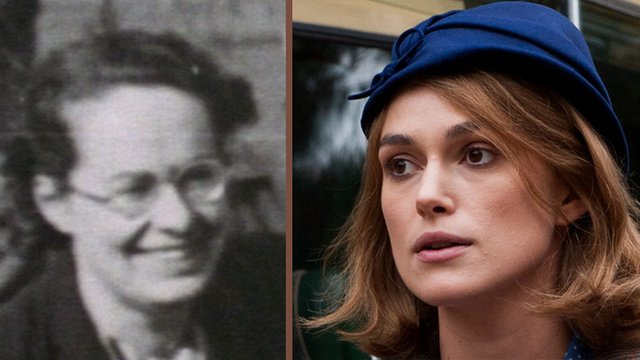 I think all three of these can be classified under realism type of acting because the relationships were real and the actors bring the genuine human action and reaction to each character that they play.

Benedict Cumberbatch has acted in other films where he places a famous person. Those being Stephen Hawking and Sherlock Holmes.  He has also played in fantasy films being the voice of the dragon Smaug in The Hobbit: An Unexpected Journey (2012) and the villain in Star Trek: Into the Darkness (2013).  I do not think Benedict Cumberbatch can always be placed into the same category because of the shear spectrum of characters he has played. I would say he falls under the character actor as he fits in a wide variety of roles and has no trouble adapting to the needs of the script or the director. 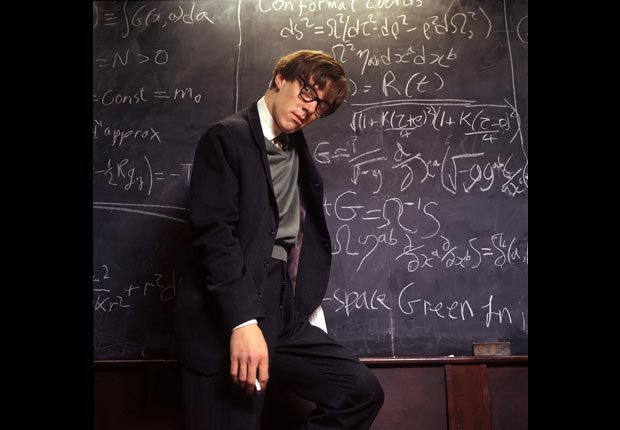 In movies there are three basic categories of sound: dialogue, sound effects and music.

Dialogue is “spoken words by two or more characters in a scene” (Goodykoontz and Jacobs, 2013, Chapter 8, Summary and Resources). Dialogue in movies can be so effective that it becomes a part of every day conversation. For example, in the movie Snatch (2000), in one scene a car is wrecked and the fellow in the back seat says in a British accent “Oh Tyrone, what have you done?” Now, when something goes awry in our everyday lives my family will say “Oh, Tyrone, what have you done?”  In the clip below for The Imitation Game (2014) the dialogue that follows is more serious between Joan Clarke and Alan Turing. It is an important scene in the movie because Alan explains “Christopher” to Joan and she begins to understand what he is trying to create, which is a “digital computer”. It is also pivotal because it portrays her genuine interest in what he is trying to do as she shares with him that she read some of his work while she was in school. I think the impact of the dialogue in this scene is that it reflects one more reason why Joan was so endearing to Turing.

Music in a movie or the movie score “is what plays in the background of a scene while action takes place” (Goodykoontz and Jacobs, 2013, Sect. 8.4, para. 20). Music itself that covers the entire movie is considered to be part of the soundtrack. In the scene below from The Imitation Game (2014) the music score in the background is titillating and has a “ringing” sound to it. It is very softly played which adds to the scene because the actors are being tested on how they approach solving a problem. They are given 6 minutes to complete a crossword puzzle. The music also reminds me of calculations the way it dings through the notes and this brought me, the viewer, to relate to how the characters were quickly formulating their answers to the puzzle. The music in this scene is a non-diegetic sound effect and the impact it has on the viewer is that it gives a sense of urgency to complete the puzzle.

Sound effects are “…used merely to intensify action or to enhance the sense of environment” (Goodykoontz and Jacobs, 2013, Chapter 8, Summary and Resources, para. 4).  In the clip below from The Imitation Game (2014) the setting is in a bar and the use of walla is evident. Walla, according to Goodykoontz and Jacobs (2013) is “…murmur of a crowd in the background of a scene, heard mostly as unintelligible sounds” (Sect. 8.4, para. 14). There is also the use of upbeat music in the background. In this scene Turing, Clarke and the rest of Turing’s team are at the bar unwinding from a long day of work. The dialogue is of a serious nature but for the purposes of this blog post, I am focusing on the sound effects of the scene. For the music to have been slow of tempo and to have had very little walla would have taken away the contrast between the content of the conversation and happiness that was happening around the characters.

I originally classified this movie in the mystery genre however, after continuing my study and with feedback from Instructor Lowery, this film is more suited to be classified as an Epic. This film is broader and has more meaning under the surface than what the mystery genre can account for.  I think the broad range of music for this  film is perfect for an epic. It is tinkly and upbeat in some scenes and in other scenes it is slow and sad. The sound collectively for this film is relative and expected. I have watched many clips and the movie in its entirety several times and I do not hear any sound that is unexpected or unrealistic.

I think if the music score were removed from this film, the impact of some of the scenes would be lost. For me personally I relate a lot to the music I hear so as the viewer, I correlate the tempo and sound of the music to what is being said and the action taking place in the scene. I believe this is what the intention of the music score is.

Image above of the rebuilt Bombe http://www.benryves.com

The type of lighting used in The Imitation Game is low-key lighting. Low-key lighting is “high contrast lighting dominated by deep shadows with a few bright high lights” (Goodykoontz and Jacobs, 2014, Sect. 6.3, para. 4). The benefits of low-key lighting in this movie are apparent from the first scene and sets the overall tone for the mise en scene of the movie. This type of lighting helps to define the dreary weather in the United Kingdom,  the drabness of the colored clothing worn by the actors for the time period (WWII) and even Turing’s personality which is literal and a bit eclectic.

This lighting technique contributed to the overall theme by setting a sort of dark tone around what was happening in the movie. A war was going on around the actors, the work they were doing was top secret and Turing’s lifestyle was a secret as well. Turing’s personality is not really dark but it is very literal, he was a genius and was more interested in numbers and the mathematics than he was with socializing.  The scenes where he does attempt to socialize are set in a bar where there is not normally much light.

The lighting technique was perfectly suited to the genre of the film.  This film is in the mystery genre and is also categorized as a drama. Mystery’s are noted for having sort of darker undertones and lighting so this technique fit perfectly for the Imitation Game.

If high-key lighting had been used in this movie, I think the seriousness of several things would have been lost. First being the war, there is nothing cheery and bright about war. Second would be the seriousness of the work Turing was doing (top secret, etc.). Finally, is Turing himself, he was in a sense living an imitated life because he was homosexual in a time when it was absolutely not tolerated.

Story: Coraline is a still motion movie about a little girl named Coraline Jones who, like most children, wants her world to be something better than what she has. Coraline discovers a parallel world right in her own home.  In this parallel world she meets her “other mother” and she finds life there perfectly delightful. Little does Coraline know that what appears to be the perfection she is searching for is really indeed to good to be true.

Plot: The movie opens with Coraline and her family moving to the Pink Palace Apartments. Coraline meets Wybie and the black cat.  Coraline’s parents are writers and they are too busy writing to pay attention to Coraline. Her mother gives her a package that Wybie left her. It holds a doll that looks like Coraline.  Coraline occupies herself by exploring the old house they have moved to. She finds everything very boring. In her discovery she finds a hidden door that she pesters her mom to unlock for her. Once the door is open she finds only brick and mortar.

Through out the movie Coraline meets several unusual characters who warn her not to go through the small door, that she is danger and to not follow the small mice. However, Coraline baits the mice and she goes back to the parallel world with her Other Parents.  Wonderful magical things happen while she is there. Coraline goes to bed and wakes up back in her boring room.

Coraline finds more and more things wrong in her world and discovers that her mom has locked the door to the parallel world. Coraline and her mom have an unpleasant exchange over school clothes and then her mother goes to the store. Coraline gets the key and unlocks the door to the parallel world. Once there her Other Mother has bought her clothes that she likes and she encounters the black cat who talks to her. The black cat warns Coraline that the world she thinks is so wonderful is very far from it. Her other parents tell her she can stay with them forever but they need her to do one tiny thing, sew buttons on for her eyes. Coraline becomes frightened and goes to bed to go to sleep but when she wakes up she is still in the parallel world.  She cannot escape and the thread that holds the parallel world together begins to unravel and she sees things for what they really are.

Coraline wins her freedom by outwitting her “Other Mother” and returns to her very real world with her real parents. There she is a happy little girl grateful for all of the wonderful things in her life.

This movie is told in chronological order. It helps the events that take place in the movie to make sense and brings the story line together.

Character development is important in this movie because we see how Coraline grows to become a young person who appreciates what she has instead of always wanting more.  The development of the “Other Mother” is important as well as her true colors are shown.